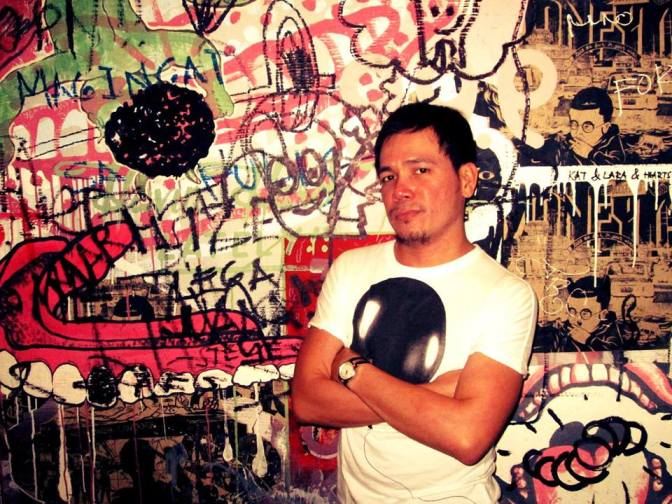 He was the Organizer and Film Programmer for pelikula@TitusBrandsma and also the film programmer for the Cinemalibre Film Club that screens at the UP Film Center. pelikula@TitusBrandsma is a free monthly film screening that features fine samples of world cinema, wherein after every screening, film enthusiasts can discuss the aesthetic and technical merits of each film. This monthly screening is an offering of the Titus Brandsma Center-Media Program under the auspices of the Order of Carmelites in the Philippines. The event is aimed at giving a meaningful experience for film enthusiasts.
*The Titus Brandsma Center is located at 26 Acacia St. Brgy. Mariana, New Manila, Quezon City

Chris was also one of the founders of the facebook group CINEPHILES!. Founded in 2010, CINEPHILES! is a Facebook group where Cinephiles, mostly Filipinos, gather online and discuss about movies and any cinema related topic. What made the Facebook group significant to Philippine Cinema is that as time passed it became not just an online gathering place for Metro Manila based Cinephiles, but also for filmmakers, writers, film critics and academics, film preservationist, bloggers, and ordinary people from all over the Philippines and around the world; creating a community of sorts wherein people who love movies or is interested in cinema get to interact and connect with each other and talk about cinema both online and later in person.

A community like CINEPHILES! and events like pelikula@TitusBrandsma are crucial in the improvement and development of film culture in the Philippines. Local film culture would not thrive or even exist without a strong community supporting it.

On a personal note, I don’t know the guy. I didn’t get the chance to meet him in person. I have Chris as one of my Facebook contacts. He was the one who sent me the Facebook friend invite. I never got the chance to chat with him online nor interact directly with him in the Facebook groups. I never really found a reason to chat with him. I guess that’s the weird thing about Facebook; you get random friend requests from people you don’t know. Sometimes you accept those friend requests but you really don’t know why you accepted. You haven’t met them before nor have any connection with them, so why stay connected with them.

The cynical part in me thinks the reason why one accepts those friend requests is because you see them as a possible contact, networking if you will, in the hopes that someday that person may be of some use to you. And yes, some people use Facebook for that reason. I was once like that but I realized from personal experiences that it should not be the reason why you start a friendship with someone. You start a friendship with someone because you want to be friends with them; and not because of any hidden agenda.

Facebook is a weird entity. On one hand it promotes itself as a way for family, friends and even acquaintances to keep in touch but on the other hand it can also be used for networking. You see some profiles of people with hundreds or even thousands in their Facebook friend list. I highly doubt one has 500 to 1,000 friends or roughly know all of them.

For me, I accepted Chris’ friend request because we have the same interests in cinema and I hoped that someday when I get to live in Manila, I get to meet him and get to know him and hopefully be friends with him. That was roughly 2 years ago. But I guess it wasn’t meant to be. That’s life for you; nothing is guaranteed.